Richard Randle-Boggis is leading the development, operation, and research of two agrivoltaic systems in Kenya and Tanzania, as part of a project studying the livelihood benefits derived from agrivoltaic systems in East Africa. Previously he developed a decision-support tool that guides solar park management for enhanced ecosystem services, and it was during his research here that he first considered the agrivoltaics concept. For his PhD he studied the impacts of increased flooding severity on soil microbial communities and associated greenhouse gas emissions, and as a postdoc he characterised the ecology of novel solar-heated septic tanks in South East Asia. Prior to his research career he worked in industry as an environmental engineer, where he created a carbon management strategy and monitoring tool. 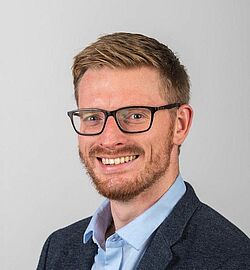 Back to Scientific Committee Overview